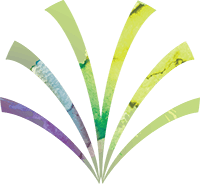 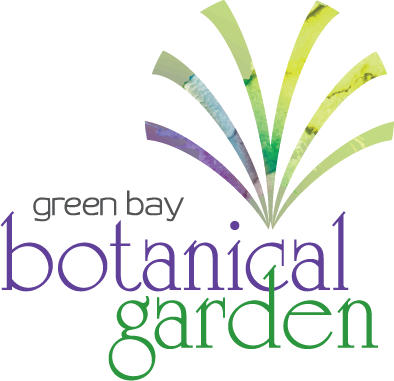 With the 25th year of WPS Garden of Lights coming right around the corner – it kicks off on November 26! – we wanted to take a moment to look back at where it all began.

Believe it or not, Green Bay Botanical Garden’s first executive director, Glenn Spevacek, was inspired to bring a light show to the area after reading about a similar event at Callaway Gardens in Georgia. Jerry Landwehr, who was the Garden’s Director of Horticulture at the time, made a trip out to Georgia to see the light show firsthand.

Sparked by the magic and wonder he experienced, he was determined to bring a new light show to life at the Garden.

The show started in 1997 with just around 80,000 lights. Donations from local businesses and assistance from community volunteers, staff from Wisconsin Public Service, and students in the energy program from Northeast Wisconsin Technical College (NWTC) to helped ensure the lights worked throughout the Garden.

According to Landwehr, the line of cars that arrived the very first night was “unreal” – and an early indicator of just how popular this annual fundraising event would become.

Today, there’s more than 325,000 lights strung together in close to 40 handcrafted displays thanks to the hard work and planning coordinated by our Garden Team and dedicated volunteers.

Dave Barkow, Facilities & Maintenance Coordinator, has been with the Garden since 1997, pulling all sorts of strings to make the light show shine and make spirits bright year after year. Barkow was kind enough to sit down and reflect on just how much the show has grown from the start, share a few behind-the-scenes facts, and what visitors can likely expect in years to come.

Q: What displays were in the very first light show in 1997?

A (Dave Barkow):  Our floral arch was featured in our first show, as were a few flowers. There obviously weren’t as many then as there are now as we’ve added so many over the years. We had a snowflake arch and ten poinsettia hollies as well which are all still featured in our exhibit today. Our icicle forest is something that’s been around since the beginning as well, although it’s changed slightly.

One contrast between today’s light show and our first one is how much more wooded the Garden was back in 1997. With so much less of the Garden cleared out then, we would put all sorts of lights through the trees to provide almost a curtain of lights. Believe it or not, we didn’t do anything with the upper gardens (Kress Oval Garden, Vanderperren English Cottage Garden, etc.) in the inaugural year either, so clearly things have changed quite a bit.

Q: Have there been any obstacles in transitioning from incandescent lights to LED lights over the years?

DB: Fortunately, we’ve had a pretty positive transition from the incandescent lights to LED lights over the years. We started making the change back in 2006 with two sets of LED’s and then kind of experimented with different variations in the following years until things really took off. It took us roughly ten years from 2007 onwards to convert all of our framing from incandescent to LED lights as the transition was conducted by our volunteers. We’ve actually gotten to the point where all of our light displays are comprised of LED lights other than our Meyer Bridge, which has incandescent lights that were provided by donors.

Q: It’s clearly a lot of hours, but about how many volunteers participate in the set up process on average?

DB: This year, we had six volunteers who assisted with the set up process. In the past we’ve had roughly 10-15, but the pandemic obviously makes things a little bit more complicated. In terms of the setup process, Bruce Kilmer and Dave Sorensen, in particular, have been with us for many years and have done wonders for us with setting up frames and getting the lights up. Each and every one of our volunteers put in all sorts of work towards the light show, which is a massive part of what keeps the event so successful.

Q: Where do you draw inspiration from in coming up with new ideas for structures?

DB: Years ago, I would try and to think of things that haven’t really been seen before, which obviously can be a challenge. I’ve also drawn inspiration from what we’ve done in the Garden during the summer and spring months. This garden theme involves all sorts of things featuring flowers, birds, bees, etc. A couple years ago for example, we made a butterfly house called “Butterflies in Motion,”, which reflected our summer exhibit at the time, Butterflies & Blooms. This butterfly house was actually the first time we’ve used mechanical structures at the exhibit. With our caterpillar, I had wanted to make some sort of a tunnel, but wanted to make something that aligned again with our mission as a botanical garden.

Q: How many extension cords does it take to make WPS Garden of Lights a reality?

DB: We have roughly three and a half miles worth of extension cords that make the light show glow. This mileage is mainly made up of about many fifteen foot cords that are basically the same type you could find in a household.

DB: We usually look towards local stores or online and look for the best value. Four inch and eight-inch zip ties are used every year all over the place.

Q: How often do light bulbs have to be replaced?

DB: As far as LED’s go, it’s not a matter of switching individual lights, but switching strings of lights. This usually happens if the lights get pulled on, but it’s relatively uncommon. Our bigger concern tends to be with path lights as we go through roughly 30 sets per year.

Q: Where do you see this light show in the future? Any future displays in mind?

DB: Our biggest focus going forward is to keep up with technology. As technology is constantly changing, we always want to be on top of any trends to keep improving what we have to show. As for the future, we might transition from our heavily botanical theme to a theme that includes more abstract features. We also look for feedback from visitors to hear what they’d like to see too.

Q: What’s been your favorite display you have created? Any fond memories you can recall from the light show?

DB: My favorite display would probably be the caterpillar tunnel, which has been more of a hit than I initially thought! It’s been interesting to see how much interest it gets, especially with selfies being a fairly new trend as people line up just to get photos with it. I also like the icicle forest a lot especially because of its quiet environment and of course its longevity.

As for my favorite memory, I love to hear the stories people tell about how they came as children, and came back as adults to experience it again. Sometimes, people who grew up in the area will come back and get engaged here, which is pretty astounding. Lastly, I always love working with our volunteers, many of whom have been here for years.